1972 had all the bad weather of 1973, without even the slightly balmy September, this was a disastrous year to produce wines. Not only in France but throughout Europe with the one exception of the Tokaji region in Hungary: here the Tokaji dessert wines produced in 1972 were the best of the century.1972 was also a special year for Mouton Rothschild in particular: it was the last year they carried the second growth classification because in 1973, almost 120 years after the classification in Medoc was instated, they were the only exception in history to be promoted to a first growth. The bottle we tried was a Top shoulder. Not perfect perhaps, but still ok for its age, and certainly if you take into account that in several older vintages the corks used by the estate didn’t have the lifespan you would expect for a chateau of that grandeur. The color of the wine was surprisingly young: nice medium dark ruby red, not even a hint

of brown here. Sadly, not the same goes for the aromas: it’s quite light and somewhat muted. There is practically no fruit left but with the best will some red cherries are bearably noticeable. The rest is mostly secondary and tertiary: lots of leather, some spices and pencil shavings and a gamey undertone. Drinking it is ok, but no more than that: it’s a bit light, somewhat angular and disjointed with the acidity being overly present. There are still some tannins left to make the finish velvety but the middle part is too light to be able to call this a great wine.

Discover other years MOUTON ROTHSCHILD in our selection
« Previous Next » 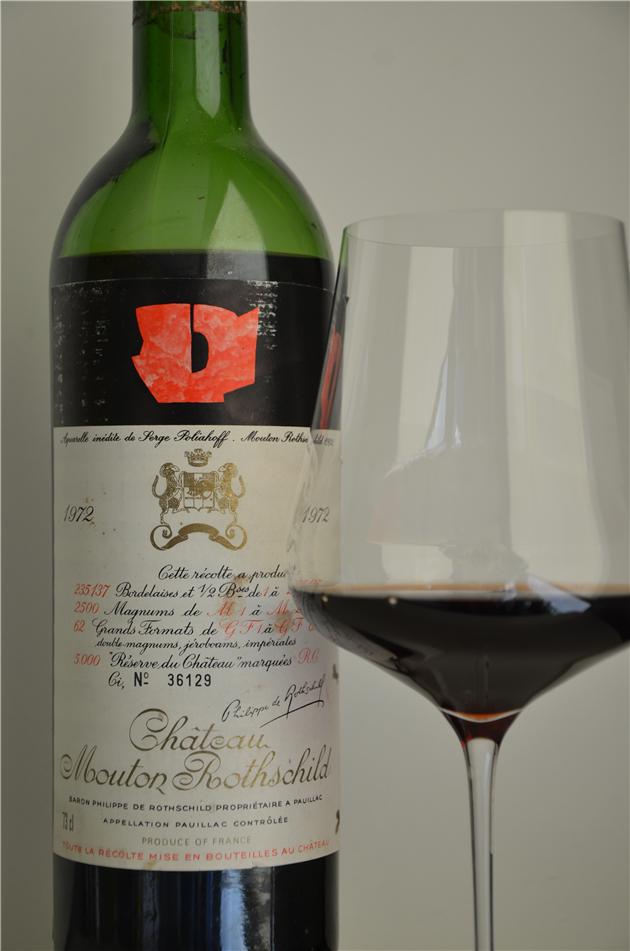