1995 has a reputation very similar to 1975, supposedly an excellent vintage, but several years or decades later often proven not to be able to live up to that reputation. Not really being a huge fan of Lynch Bages I feared this might be case for their 1995 as well.

It looked good in the glass though, with nicely colored legs and a deep cherry red outer rim. The nose however started very disappointing : dusty and a bit moldy even, making me fear this was a corked bottle but the taste of a first small sip actually performed better much to my surprise. So I decided to give the wine some more time, which turned out to be a good decision : it really opened up much more after an hour or two in the glass, now starting to emit some red and dark fruity aroma’s though very ripe and jammy, combined with more earthy tones.

There’s still a bit of dust left but now mixed with hints of your walk in the autumnal forest, the cedary smell of a cigarbox and some leather.

Most of my colleagues liked it but admitted it not being the best or even typical Pauillac but to me drinking it confirmed perhaps Lynch Bages just isn’t my cup of tea. Although it outperforms what I feared from the first whiffs, it didn’t deliver what I hoped after letting it aerate. In the mouth it’s just not well balanced, almost no sweetness or fruitiness, not enough freshness or acidity, just plenty of tannins and a very hollow midsection finishing on a fairly short dry and dusty note.

Discover other years LYNCH BAGES in our selection
« Previous Next » 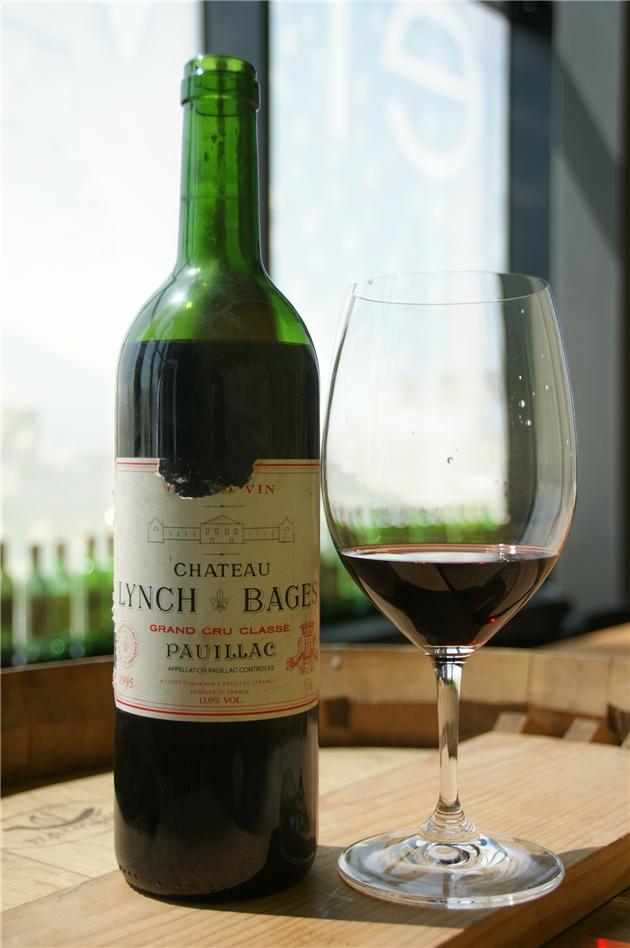